You will have seen the report in this week's newsletter about Ginevra's run at the Richmond Runfest Half Marathon on Sunday, wearing an England vest, but may be wondering how she got to be selected. Read on to find out!

England Athletics organise a number of events each year for the "England Masters Age Group" teams, at 10K, Half Marathon and Marathon distances. There is one representative race at each distance each year, in 2022 these will be Great Bristol 10K, the Chester Half Marathon and the Chester Marathon. If selected, these are the races in which you get to wear your England vest and compete against the best Masters athletes in England. There is often a team race against the Celtic nations as well, although the effects of COVID meant this did not happen in 2021.

There are 4 qualification races for each distance. You enter one or more of these races as normal, and pre-register with EA that you are seeking to qualify at the race. On the day, you "simply" need to finish in the top 3 of those in your age category who have pre-registered with EA. If anyone ahead of you has already qualified, they are effectively removed from the results (i.e. you move up a place). There is also a qualification time standard, which you must have achieved in either the qualifying race or in a previous race (since 1st Jan 2020 for 2022 qualification). Achieve all that and you are on your way.

There are club members who are perfectly capable of achieving selection - even if you are not successful, it will give your racing in 2022 a focus and allow you to plan your year around the qualification races.

Full details are available on the EA website here. Or talk to Ginevra or me for further information. 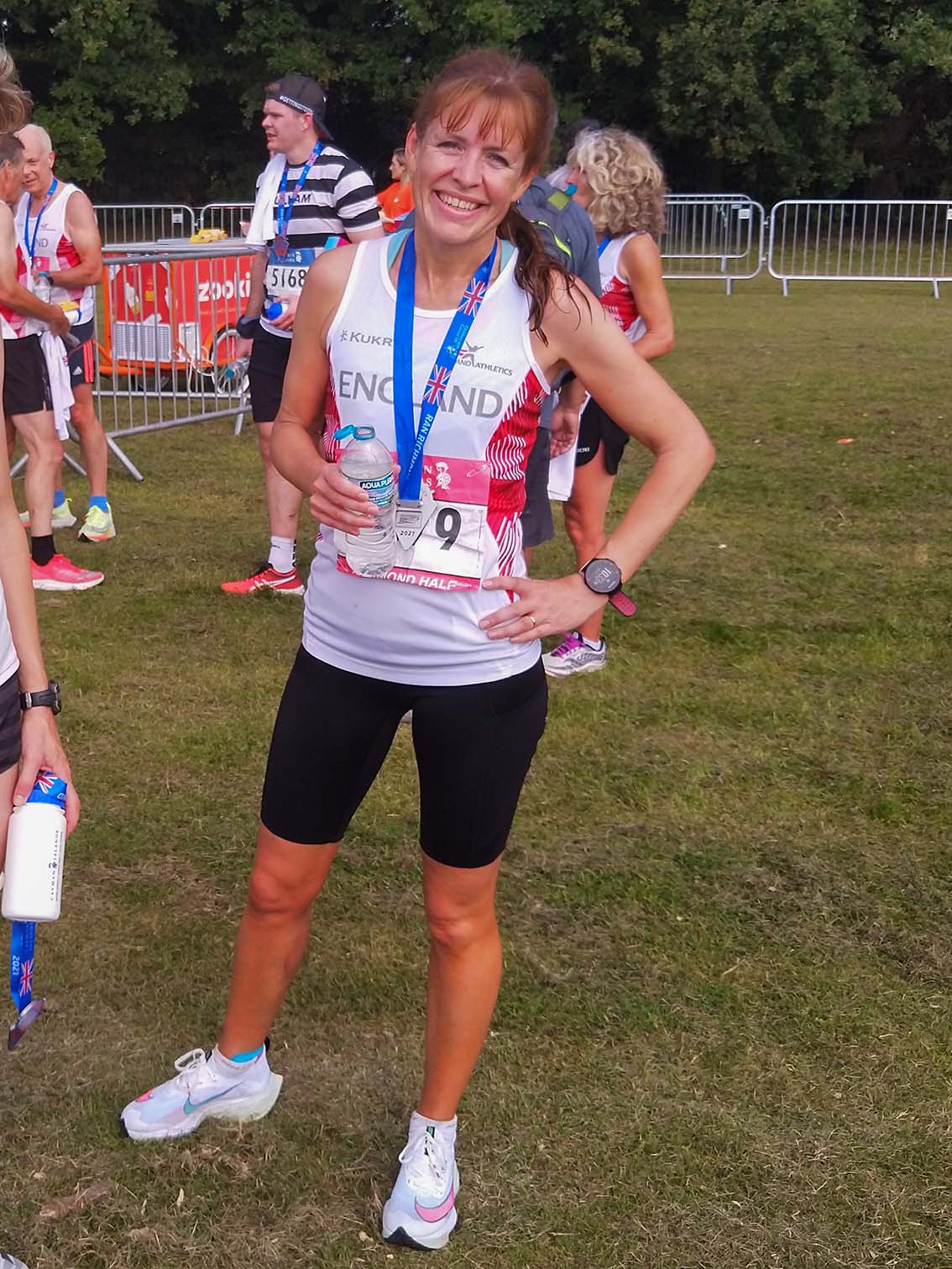 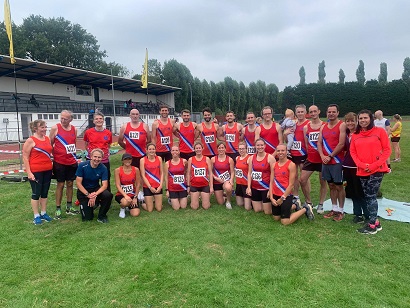 Twenty four RPAC athletes took part and we fielded teams in the Senior Men, M40, M60, Senior Ladies, Ladies V35 and Ladies V45 races. All teams competed strongly but the ladies V45 team produced the stand out performance of the day taking the gold medal position by nearly three minutes. The ladies V45 team comprised of Ginevra Stoneley, Jo Davey and Nat Wilson. They came first, second and fourth respectively in their age category.   The ladies V35 comprised of  Taryn Bennett, Gillian O'Regan, Angie Steadman and Karen Lloyd took bronze in their race.  Fastest finishers were George Roux for the men, finishing in 15:09 and Ginevra Stoneley was our fastest lady, finishing in 17:56.  It was good to see Steve Bass back in an RPAC vest after his Antipodean Adventures.

The races comprise a lap of approximately 3 miles starting and finishing on the athletics track in Wimbledon Park. From the start the course leads out of the park into Wimbledon Park Road and up past the All England Tennis Courts on Church Road - that hill seems to get progressively steep - before turning left into St Mary's Road (still slightly uphill) then via Arthur Road and Hone Park Road back into the park. The finish is approximately 200m on the track. The senior men's race is 6 laps, the M40 is 4 laps, the M60 is 3 laps, the senior ladies and ladies 35 run 4 laps and the ladies 45 run 3 laps.

Full details are in the senior results section.  Well done everyone! 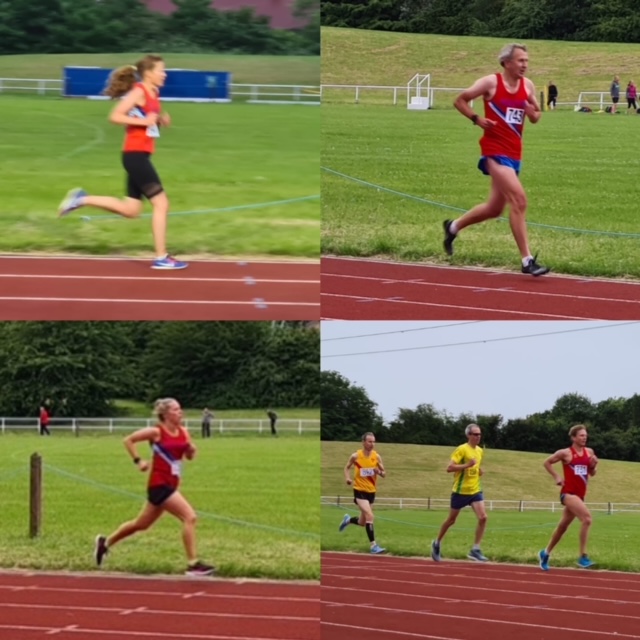 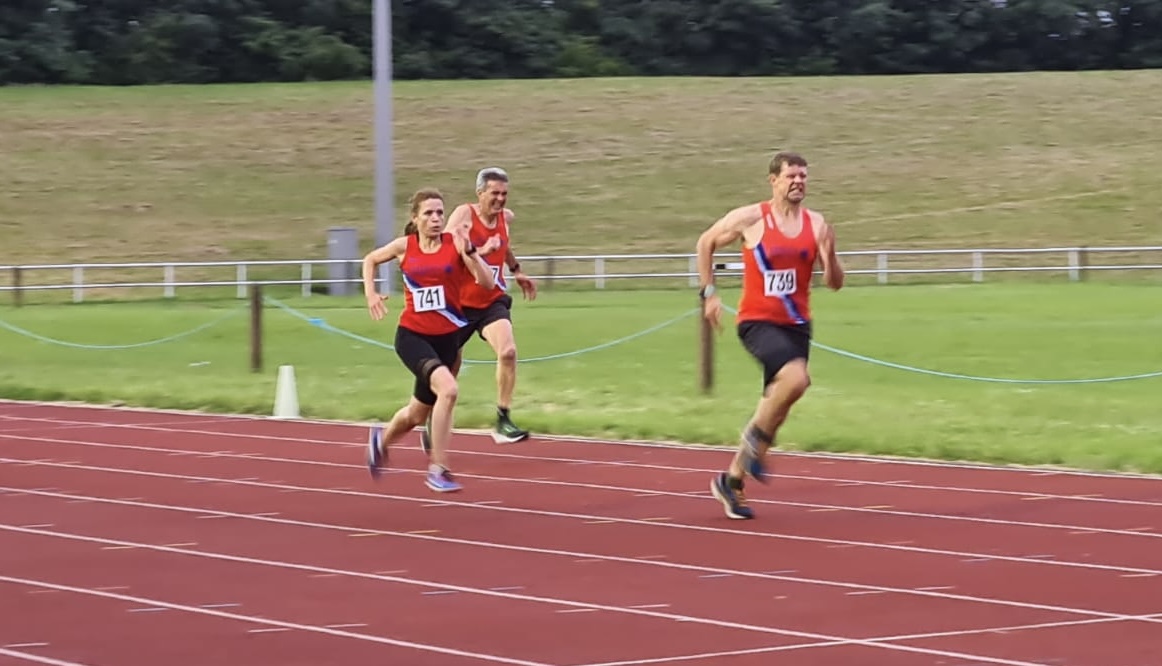 Tuesday 3rd August marked the return of the MABAC series of races after an absence of 17 months. You may recall that the last MABAC race held before the first lockdown was our home fixture, held in Priory Park on 1st March 2020.

RPAC members were clearly pleased to welcome MABAC back into the club calendar as we had our biggest ever turnout at a MABAC event with 22 adult and 2 junior members taking part. 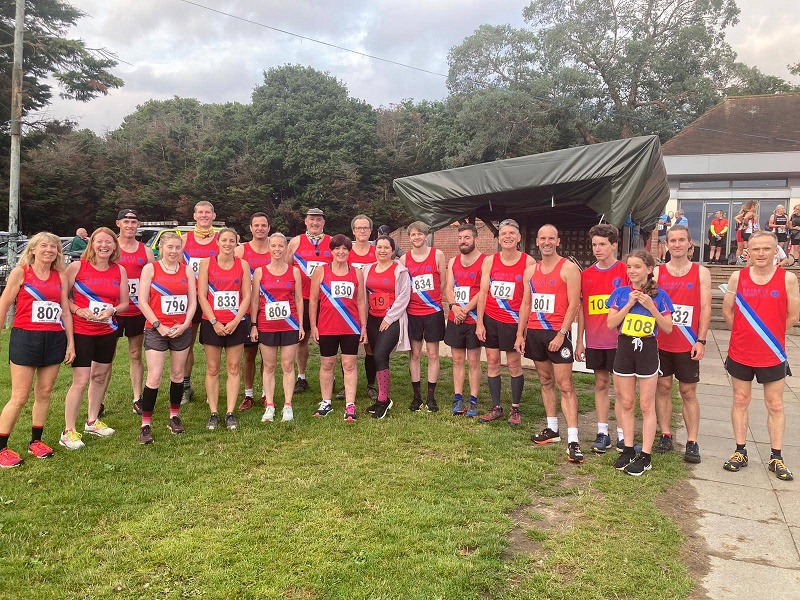 The new Covid-secure protocol adopted by MABAC this season meant that there were separate starts for men and women, and for adults and juniors who were completing the one lap course.

The race starts with about 800m on grass alongside the rugby pitches before hitting a narrow entry to the woods and a bridge across a stream. Usually the start is like a cavalry charge with everyone trying to beat the squeeze across the bridge. Memorably one year one RPAC member who shall remain nameless (you know who you are

) was reprimanded by the marshals for leaping the stream. This year it seemed less frantic with the marshals telling us to walk through this section - well they were by the time I got there. Once across the bridge the route runs alongside the stream (I believe it's called Beverley Brook) for some distance. Because of the recent rain this section was very muddy with standing water in a few places. After maybe 800m the route veers away from the stream and climbs the long, but not particularly steep ascent of what I think is called Gravelly Hill towards Caesar's Well. The hill is aptly named and the climb is about 40m. The course then descends back to the stream before looping back up the hill for a second time. The final mile and bit returns alongside the stream before emerging back onto the rugby field for a final slightly uphill sprint home.

The results have not been released at the time of writing but RPAC will have scored well with Andrew Reeves and Neil Fenwick finishing among the first few in the men's race with a bunch of others not far behind. In the ladies' race  Anna Roberson was the first home for RPAC with Gillian O'Regan and Bethany Higgins not too far behind her.

Maggie Swinnerton and Susie Cardoso both representing RPAC for the first time, completed the one lap race with Joel and Amelie Lawrence running the one lap course in the junior race. It is believed that Joel came home first out of junior and senior one lap runners.

There are three more MABAC races scheduled for this year, all still subject to confirmation

It would be really great if we could get a equally good turnout at these races.

In case you're wondering what MABAC is, it is a league formed of ten Surrey running clubs (of which we are one). There are a series of monthly races held from January to November each year with each club hosting a race (there is no race in February). Races are open to all club members and are free to enter and the atmosphere is very relaxed. Most races are held on Sunday mornings and are typically held in beautiful parts of the Surrey countryside. Most races offer a two lap course of about 8km and a one lap of about 4km. Junior members are only allowed to do the one lap course. The January race held in Windsor Great Park is an anomaly as it is around 12km long and is mostly on roads and paths.
The name MABAC dates from 1977 when the League was first set up by runners from the Matthew Arnold School (the "MA") near Staines and the British Aerospace Corporation (the "BAC").  See the MABAC website for further details. 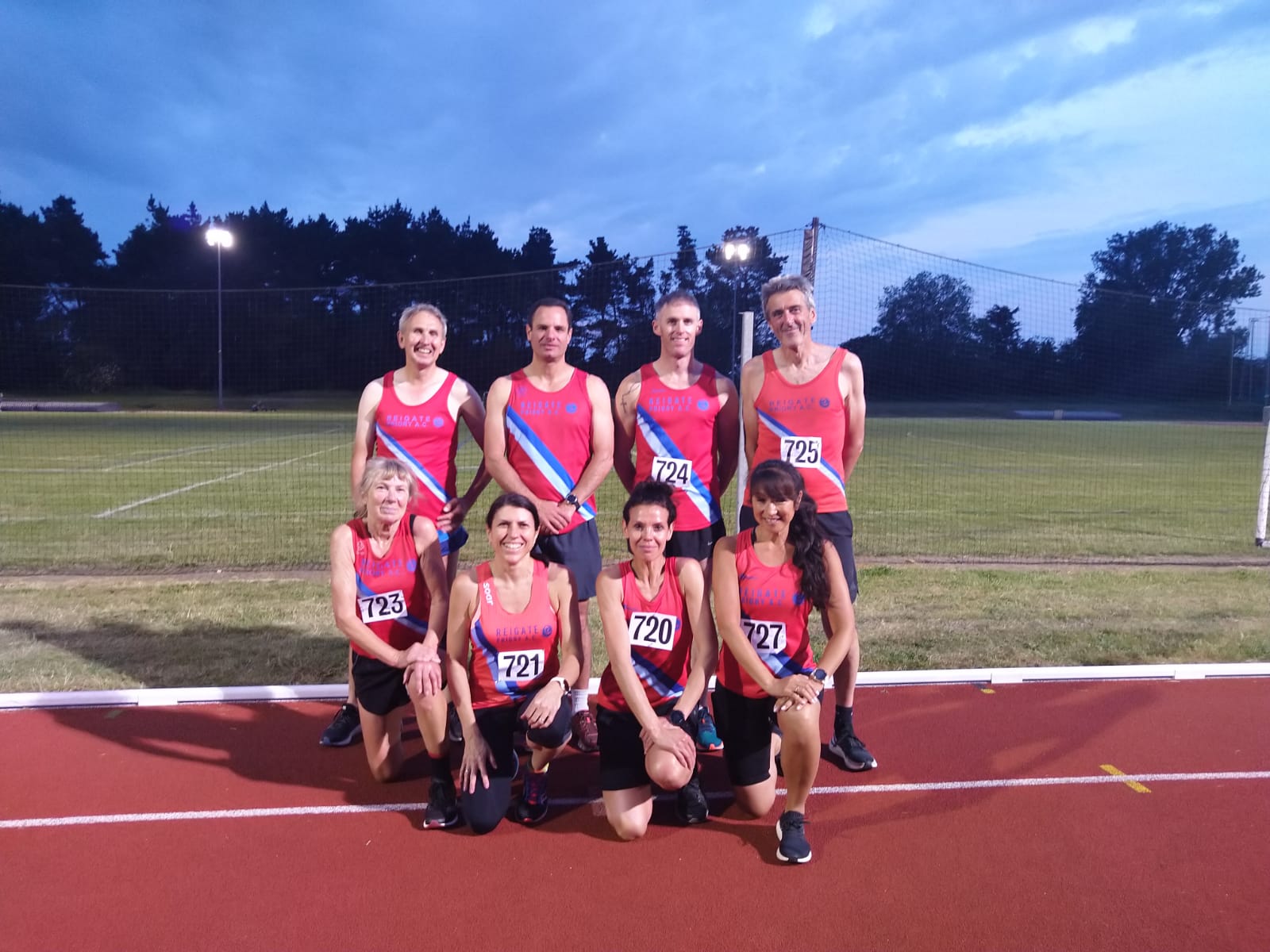