The Valencia marathon is held on a completely flat circuit along with a beautiful climate, making it an ideal and popular race for fast times.  This year saw both ladies and men’s course records being beaten.  The final stretch has runners passing over the shimmering blue pools of the Prince Philip Science Museum across a boardwalk that is over 150 metres long and 10 metres wide making it one of the most spectacular finishes to any Marathon.

Reigate Priory's Matt Ryde started from the championship start whilst men’s captain Tom Almond started in the first wave of the general pack.  Luckily a large part of the course is shaded which helped as Sunday was an unseasonably hot day. Matt was in front of Tom for the majority of the race but with 250m to go, Tom passed to finish in front.  Both Tom and Matt achieved personal bests and also set new club records. Tom finished in a superb time of 2.36.10, making him the senior men’s record holder and Matt finished in 2.36.25 taking the men’s V40 club record. 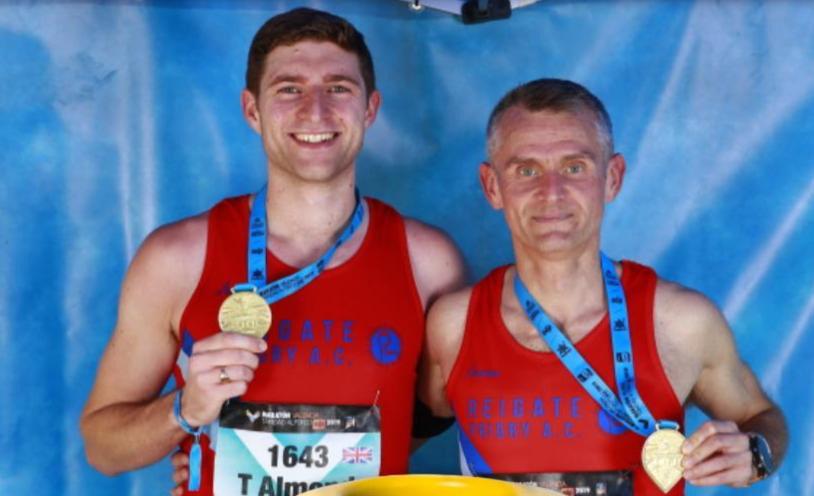