The Club AGM - a date for your diaries

The AGM will be held on Monday 26th April. Please add this date to your diaries. More details are on the Noticeboard.

We still have no candidates for the post of Club Chair which will become vacant at the AGM. There is an updated description of the Chair role here.

We will also be awarding senior trophies to the 2020 Club Champions and to other competition winners.

The discount code for April will be shared in the email version of this newsletter. Don't forget that we are not allowed to share this outside of the club.

Blackheath and Bromley on 11th April 2021 - by David Mills

Whilst the weather was sunny and warm, the RPAC youngsters produced a deluge of PB's. 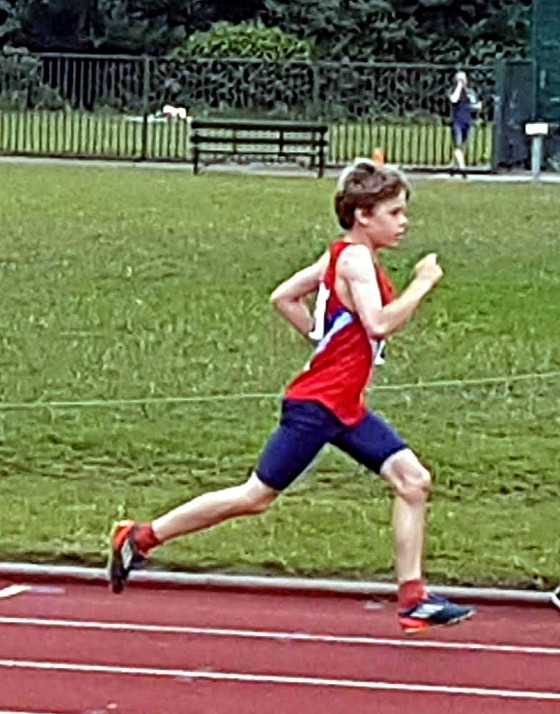 Pride of place must go to Max Orchard who shattered the 30 year old Club Record in the U13B 800m with an outstanding time of 2.18.16. This was a PB of almost 4 seconds by Max! 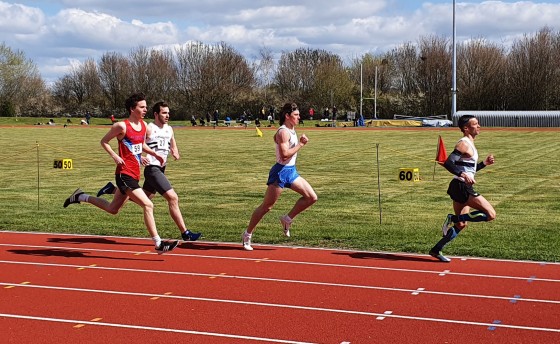 Continuing his great form from last autumn, there was a new best time in the 800 for U17 Oscar Curry. Florence Shade ran an amazing 600 in the U11 category, knocking some 13 seconds off her previous best time. 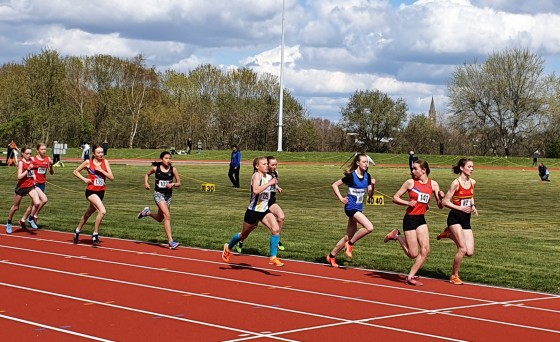 Pollyanne Stott started her comeback after a long layoff with a good effort in the U15 800 and Shakila Keable, although only U15, took on some big names in a grueling 3000m.

Can we remind athletes and parents that all sessions operate within the framework and road-map provided by England Athletics which can be viewed here:

Dates for Your Diary

Surrey Quadkids team event on Wednesday 23 June 5:30 at Guildford for school years 5 and 6.

The athletics leagues are looking to hold events over the summer and the following dates have been confirmed so far:

Sarah Pemberton finished 20th in a time of 19:07. Club results can be found on our website here.

Carmela Charalambous completed this competition in 1:36:49. Let us know if you also took part. Results appear to be difficult to find!

SLH are hosting a track day on Saturday 1st May

For those who might be interested, SLH are hosting a track race day on 1st May. You can see full details here. Note - online entry only, max 2 events only, senior athletes to attend alone. No entries on the day.

I have a code that I can share which allows people to get tickets for FREE (valid until the end of April). Headline speakers at the show include Dame Kelly Holmes and Roger Black, as well as many others.

There are lots of different running brands, big and small exhibiting. As well as that there are plenty of other features all based around running.

The link is provided within the email version of this newsletter.

We'll be keeping a close eye on Kate's results this coming weekend. Kate is taking part in the Hurtwood 50km ultra marathon on Saturday 17th April, and not having enough, is following up with the Essex Marathon on Sunday 18th April. OMG! Good luck Kate! By the way, Kate is collecting for SASH, the charity for East Surrey Hospital and all the services provided by Surrey & Sussex Healthcare NHS Trust, and you can sponsor her here.

"Wackiest local event for me has to be the one-off and never to be repeated, M25 10 mile race. It took place in 1985 on the finished motorway just prior to being opened.”

To add further context to the background of the race here’s some additional info…...

The long advanced idea to encircle London started to gain momentum in the late 1960’s but the 117- mile orbital motorway was constructed piecemeal, with each section becoming operational as soon as it was finished.

The following is a piece from the Gosport Road Runners’ Monthly Newsletter of February 2019 based on the recollection of two of its members:

It is hard to imagine now, as you whizz along the M25 on your way to the Channel or the Dartford crossings, that this was until the early nineteen eighties, rolling countryside.

The section of the M25 around the Leatherhead interchange Junction 9, was constructed by Balfour Beatty. Completed in early ‘85 it was offered by them, for a day, to Leatherhead Lions Club. They wanted to organise a unique, one off, never to repeated, road race. The idea was to raise £7000 to buy equipment for Leatherhead and Epsom hospital, but to do this they needed some expertise. Epsom & Ewell Harriers were enlisted, and an idea became a reality.

Race Day was fixed for 11:00 Sunday 27th January 1985. The start was at bridge 29, which is a stone’s throw from the road bridge which carries the A24 over the Motorway. Strict rules were in place. The race was an out and back on the Southern carriageway (anti-clockwise) and parking was on the Northern (clockwise) carriageway. No picnics, fires, tents. No changing facilities or showers, limited toilets and basic refreshments, left as found in a pristine condition to be handed over to the department of transport on completion.

2,826 entries were received at £4 a head and at least four of those entries were Gosport Road Runners. 2,269 finished and a medal went to all finishers. T- shirts were available but had to be paid for.

The weather on race day was settled and dry, ideal for running. The Lions easily raised their target of £7000 and two thousand odd Happy runners went home as part of a unique band. A few weeks later this section of the motorway opened to traffic. On 29th October 1986 the M25 was officially opened and life was never quite the same again for millions of people.”

Footnote (or should that be recycled news?)

A bike race was also held on this section prior to opening. The following is an extract from the Norwood Paragon (Cycling Club, Reigate) History, 1985

“On Thursday 2nd May the Surrey League held its first race on the M25. No, that is not a misprint! The section of the M25 around what is now the Leatherhead Junction (Junction 8) was completed far in advance of the section to the A3 or the other way to the top of Reigate Hill. Keith Butler had received permission to use the road from Messrs Balfour Beaty until the other sections had been completed – probably until August 1985. In this handicap race Gethin Butler came 4th on the 4.5-mile circuit. Keith was rather amused to have to sign an indemnity in case he and the riders damaged the Motorway!”

It's more important than ever that we keep in touch with each other at this time. Stay safe everybody. Please let us know if there is anything you'd like to see in the newsletter.