This article was written by Linda Rodriguez for The Surrey Mirror

It’s that time of year again – the leaves are turning, the air is chillier, and athletes in vest tops take to the muddy fields and boggy trails to compete in the Surrey Cross Country League.

This Saturday saw the start of the cross country season: Reigate Priory Athletic Club women ran in the first Division 2 match of the season in Richmond Park, while the men’s team raced in their Division 2 match at Epsom Downs.

It was an emotional start to the season for the ladies; teammate Fiona Clark, 41, passed away less than two weeks before the race.  Clark, 41, had been a part of the Reigate Priory team for 16 seasons, through 55 races, and had previously won the Surrey League four times. She was a brilliant runner, a great supporter of the league, and had gained the respect and admiration of those who had the privilege to run with her. Clark’s teammates and members of other clubs wore green ribbons for the race to raise awareness of mental health, and the race began after a round of applause for Clark, who will be deeply missed.

Though it was a bit wet underfoot, the sun was blazing as the women set off on their two-lap course through Richmond Park. First back for the team was Natalie Wilson, taking 22nd place overall, with Jamilla Ncayiyana not far behind in 30th position. Ruth Willis ran a great race, becoming the third RPAC woman over the line, followed by Sharon Brennan and Kate Pain completing the scoring team.  Linda Rodriguez led the B team home and was supported by Leanne McKeogh, Annette Morris, Sharon Miller, and Kate Knight.  The team finished 7th out of 24 teams. 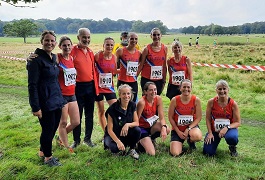 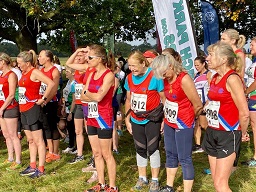 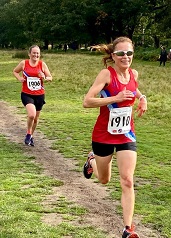 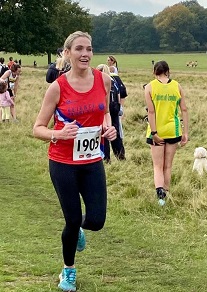